In 2011 I was one of the co-authors of Mastering System Center 2012 Configuration Manager, since then I involved with some other books in different roles. Find out which books and roles here.

As you probably know I am one of the co-authors of Mastering System Center 2012 Configuration Manager from Sybex. 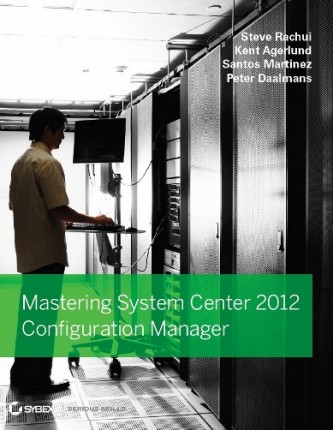 The book is written with three other authors, Steve Rachui, Kent Agerlund and Santos Martinez.

Steve Rachui, is working at Microsoft as a Premier Field Engineer. Besides speaking at conferences like MMS, Steve also has a blog where you will find many examples of his deep expertise in System Center products – http://blogs.msdn.com/b/steverac/ follow Steve via @steverac

Kent Agerlund, is a one of the most active Configuration Manager MVPs in the world, works with SMS since 1997 and is the co-founder of System Center User Group Denmark. http://blog.coretech.dk/kea/ follow Kent via @agerlund

is currently available at Amazon USA, Amazon UK and Bol.com (for the Dutch readers).

Check out the following downloads to get a view of what the book will bring you!

This website uses cookies to improve your experience while you navigate through the website. Out of these, the cookies that are categorized as necessary are stored on your browser as they are essential for the working of basic functionalities of the website. We also use third-party cookies that help us analyze and understand how you use this website. These cookies will be stored in your browser only with your consent. You also have the option to opt-out of these cookies. But opting out of some of these cookies may affect your browsing experience.
Necessary Always Enabled
Necessary cookies are absolutely essential for the website to function properly. This category only includes cookies that ensures basic functionalities and security features of the website. These cookies do not store any personal information.
Functional
Functional cookies help to perform certain functionalities like sharing the content of the website on social media platforms, collect feedbacks, and other third-party features.
Performance
Performance cookies are used to understand and analyze the key performance indexes of the website which helps in delivering a better user experience for the visitors.
Analytics
Analytical cookies are used to understand how visitors interact with the website. These cookies help provide information on metrics the number of visitors, bounce rate, traffic source, etc.
Advertisement
Advertisement cookies are used to provide visitors with relevant ads and marketing campaigns. These cookies track visitors across websites and collect information to provide customized ads.
Others
Other uncategorized cookies are those that are being analyzed and have not been classified into a category as yet.
SAVE & ACCEPT