Setup Commander 1.0 (RTM) has been released 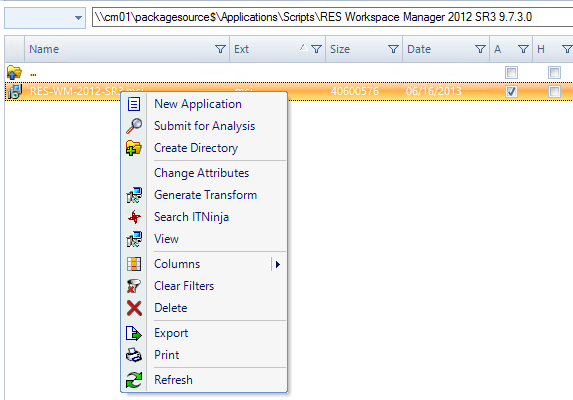 Today Roel van Bueren released the 1.0 (RTM) version of Setup Commander during his session about “Simplifying Windows Application Deployment with Setup Commander“ at our Windows Management User Group NL meeting. As from now the Setup Commander comes as two editions. One free, standard version and professional version for which you need to get a subscription.

I have seen Setup Commander still in the development for the first time in early 2012 at MMS growing into the product that is released today, I can say big steps are made a special and unique solution.

Like blogged earlier, Setup Commander will assist the Application Admin in creating the applications tuned in the best way for deploying it via ConfigMgr or one of the other supported deployment solutions. When importing a supported MSI application a configuration Wizard can assist you to set the right values for in the Transform file (MST) or commandline, but also creating the MMS.CFG when creating an application for Adobe Flash or automatically disabling the irritating Auto update option of Java or the Foxit Reader. Setup Commander will make your life easy..

The Application Setup Center, part of the Setup Commander is also a really cool feature, it enables you to download all the popular (freeware/shareware) software, tools and updates without having to browse to a site of the application.

Like said, today Setup Commander is released in two editions;

The Standard Edition provides functionality that allows you to:

The Professional Edition provides functionality that allows you to:

Be sure to read more on the Setup Commander on this site here:

If you want to evaluate the software yourself, visit http://www.setupcommander.com!

@pdaalmans
1K Following
5K Followers
So awesome to be back at #MMSMOA! I will leave my crutches at home :) Join me an many other great minds this May at… https://t.co/72EKhUp1uL
4 days ago
Follow

Currently we have crazy busy times, so busy that I was not able to write a review about…