The first day at the Microsoft Management Summit made some one thing clear, System Center is hot! More than 4000 people from all over the world attend MMS and are following sessions about products from the System Center Suite. With 157 breakout sessions and 81 labs, there is allot to learn and allot of people to meet. MMS is the place to network if System Center is your focus.

The day started not to early with a Instructor Led session about System Center Data Protection Manager 2010. This lab learned you to be able to deploy agents, create valid backups (replicas) of Microsoft Exchange 2007 and Microsoft SQL 2008 and how to restore an Exchange 2007 Database. fairly basic lab, but handy if you never saw anything about Data Protection Manager. Which was not the case for me though 😉 Nevertheless it’s always nice to simulate issues which can come across in the real life.

Another instructor led session was Advanced Software  Deployment in SCCM 2012. During this session we learned how to create one application with more than one deployment type. Depending of the requirements a user could receive a MSI based install or a virtualized application via Microsoft App-V 4.6. The lab was based on the scenario that a user logged on at the primary device should receive a MSI based installation and a user logged on at a device which was not his primary device should receive a virtual version of the application. The virtual application can have the App-V Client 4.6 as a requirement so it will install automatically if the client is not there. About this nice and learnfull session I will write a separate blog.

During the session things like automatically create users with SCSM 2010 via a Change Request and Opalis and changing the SCCM Maintenance window with Opalis where shown, I think the bottom line of the examples were that almost every technical process can be handled with the support of Opalis and the Opalis integration pack for SCCM.

The last session was of today was about Dynamic Datacenter with Opalis. Creating your own workflows in Opalis to be able to deploy a virtual machine was nice to really learn something about Opalis.

Overall it was a nice day at MMS 2011, met allot of nice people and had nice chats with the guys from Winworkers, ENGL about their Driver Manager for SCCM, Myitforum.com and some old colleagues. Tomorrow another day at the Microsoft Management Summit!

@pdaalmans
1K Following
5K Followers
So awesome to be back at #MMSMOA! I will leave my crutches at home :) Join me an many other great minds this May at… https://t.co/72EKhUp1uL
12 days ago
Follow 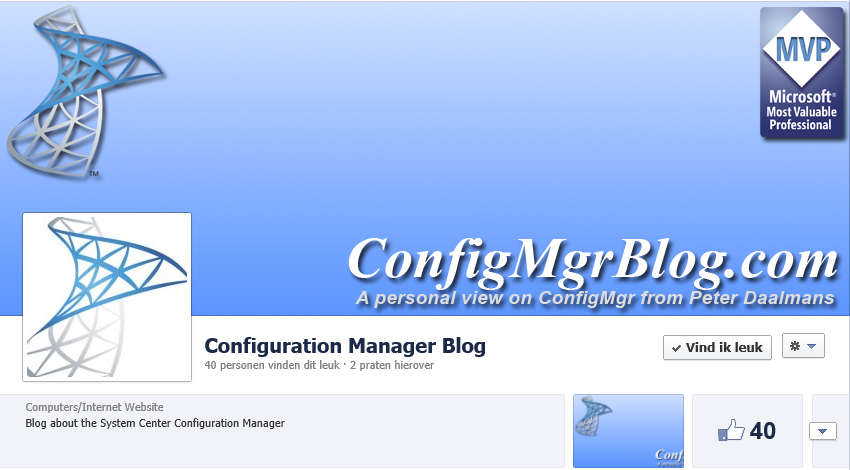 Text below is in Dutch, together with Bob Cornelissen, Kenneth van Surksum and Marnix Wolf we launched a…