Last week I had a nice meeting with Parallels in Las Vegas when I learned that a new version of Parallels Mac Management for SCCM was released. Version 3.1 has a lot of fixes but also some new cool features and improvements. Below the following improvements are announced and available from the release notes; 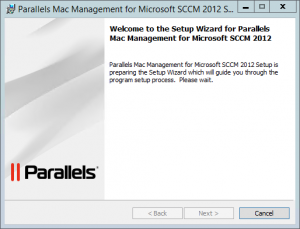 After my holiday I will be showing you the new features.

After a period without any Community Evaluation Program session, another session was held today. This time Eric Orman…