ConfigMgr 2012 R2 and next version of Windows Intune announced, yesterday 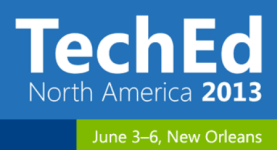 Yesterday was a very big day for Microsoft, not only ConfigMgr 2012 R2 and the new version of Windows Intune were announced but also Windows Server 2012 R2, System Center 2012 R2 and SQL Server 2014. During the Microsoft System Center 2012 SP1 – Configuration Manager Overview session, held at TechEd NA yesterday, some nice new R2 features were shown. Be sure to watch this session or join us at the WMUG NL meeting at the 17th of June where Wally Mead is joining us to talk about ConfigMgr 2012 and Windows Intune.

The R2 version of ConfigMgr 2012 will bring us lots of new features;

Intune and Lookout: the architecture of the integration

During the Microsoft Management Summit in Las Vegas a couple of weeks ago, Deployment guru Johan Arwidmark had a…

Got some nice news today, mark your calendar! 😉 The book, Mastering System Center 2012 Configuration Manager, we are working…