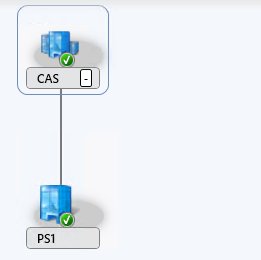 I think this could be one of the most requested features for Service Pack 1, namely the ability to add a Central Administration Site (CAS) to your Configuration Manager 2012 hierarchy. In my series about the top 10 nicest new features we are going to look how adding a CAS looks like and when you should add a CAS to your hierarchy.

Adding a CAS will be a rare action though, but it is nice that the ability to add a CAS to a stand-alone primary site is added to Configuration Manager 2012 Service Pack 1.

But first before looking at adding a CAS, you should ask yourself if you really need a CAS in your Configuration Manager 2012 environment. A CAS looks cool but be aware that your Configuration Manager environment will be more complex since Database Replication is introduced to replicate the changes between the CAS and the Primary Sites. There are two main rules to keep in mind when planning to extend your hierarchy:

Most companies won’t be needing a CAS but if you really need one and you have chosen to install a Configuration Manager 2012 RTM Primary Site you are with SP1 able to add a CAS “above” the current primary site.

Before you are able to add a CAS to a standalone Primary Site you need to apply to the following prerequisites:

Before starting the installation of the Central Administration Site the setup will check if the Primary Site has all the prerequisites in place. As you see below the perquisite checker will check, next to the default site checks, if the Endpoint Protection site role and the Asset intelligent synchronization point are removed.

After the installation is finished you will see some changes in the hierarchy, database replication has been setup and new default boot images are created at the Central Administration Site. What you need to do next is configure the Software Update Point and the Endpoint Protection site roles at the CAS. This way you are able to manage your Endpoint Protection clients again and be sure that your environment stays compliant with the latest (security) patches.

Use the Replication Link Analyzer to analyze and resolve issues with the replication between the CAS and Primary Sites. More on this in a later blog.

Read more in this serie of blogs:

So now that we are finished with configuring and preparing the integration of the ENGL Driver Manager 3.0…